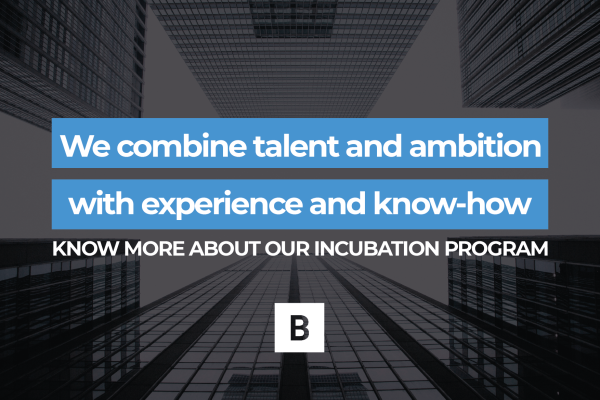 We combine talent and ambition with experience and know-how

"Bcombinator's incubation program is better than a university master's degree where you learn by doing", says Miquel Mora, director of the Incubation Program. In Bcombinator's master's program, not only will you pay nothing at the start but you will be assigned a budget of €3,000 and a successful mentor-entrepreneur to set a path and goals. In addition, you will be guided through lean startup methodologies.

At the end of the program you will have a business with customers and/or good metrics. You will be ready to close an investment round. Both Bcombinator and the assigned mentor will be co-founders of the entrepreneurial team. Therefore, they will also help you in the whole process of negotiating and agreeing with investors.

After the 6-month program, the entrepreneurs who have successfully completed this first phase will participate in the Demo Day. Here, the startups will present their projects to Bcombinator's own venture capital fund, Bcapital. Other early stage investment funds and invited. Business angels will also participate and where the entrepreneurs will pitch for up to €200,000 of investment. 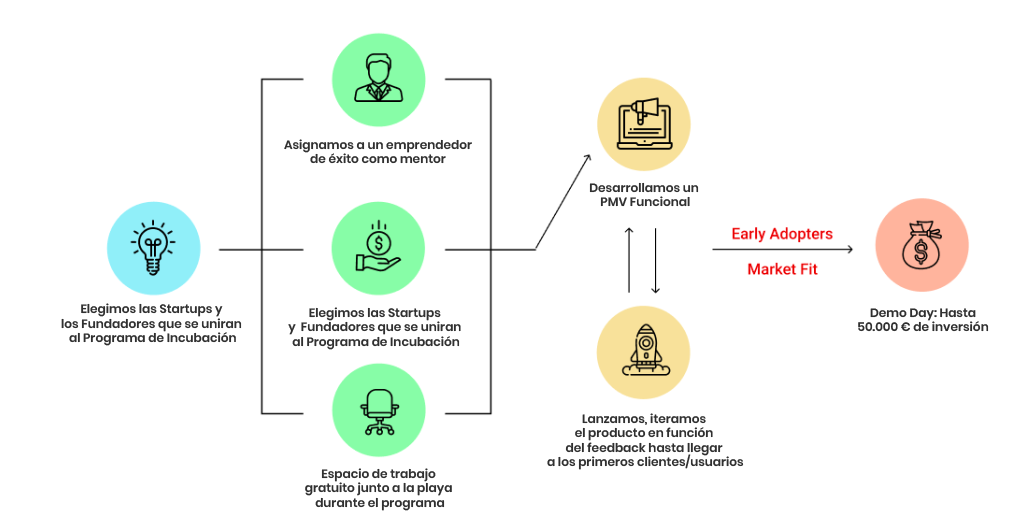 The Bcombinator team has built startups that have sold for millions to large corporations and raised significant rounds of investment. Meet them.

Erik Brieva, President of Bcombinator (Havana, 1970). In love with Barcelona since more than 20 years ago. He has just sold the fintech Strands (which has a turnover of 12M€ and has more than 700 banks as clients) to the multinational CRIF. But it is not the first. As this serial entrepreneur has been launching and selling startups for more than two decades. Including iSoco, sold to Clever Global and Expert Systems, or Polymita, sold to the North American giant Red Hat.

Sergi Vila, CEO of Bcombinator (Sabadell, 1992). Startup and travel enthusiast. Founder and CEO from 2017 until 2021 of the leading company in the market for surprise travel and restaurants in southern Europe (Flykube and Eatkube). Now replicating in the United States (Surprisit), he built Flykube with a 10,000€ investment and led it to bill more than 500,000€ per month in two years. Finally, he left Flykube to focus on Surprisit and Bcombinator in 2021, selling his share of the company to its other shareholders two months before the Covid19 pandemic began.

Jordi Martin, COO of Bcombinator (Barcelona, 1980). Passionate about investment, real estate and business. He spent a large part of his career as CFO in listed companies such as Fluidra and later in a growth project such as Phibo, after which he began his journey as an entrepreneur with Welcomy (Real Estate and Turismo) and Sydeos, M&A consulting company. Finally, he entered the startup world with Housfy, where he was the first COO and currently a partner.

Luis Cortes, director of Bcombinator’s investment fund (New York, 1971). Investor and entrepreneur, he sold the startup Polymita (co-founded with Erik Brieva) to Red Hat, where he joined after the acquisition as Director of Marketing, returning to the United States. There, he started his career as a startup investor, leading more than 100 startup investments from his role as Business Angel and as a partner in Launchpad Venture Group, one of the largest venture capital funds on the East Coast.

Miquel Mora, director of Bcombinator’s incubation program (Valencia, 1980). Multiple entrepreneur. From his role as CTO and agile expert, he has co-founded some of the best known Spanish startups in the proptech sector in the Spanish market, such as Yaencontré, sold to Idealista.com, or Housfy, one of the benchmark startups of the entrepreneurial ecosystem in Spain.

To participate you must send an email to info@bcombinator.com, telling us your idea and we will contact you as soon as possible.