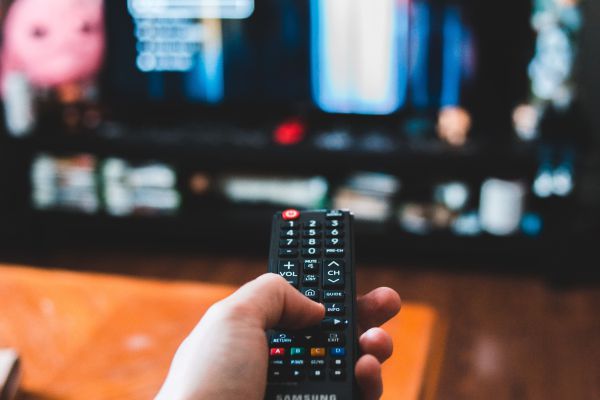 Inspiring films and series for entrepreneurs

Inspiration is one of the keys to the entrepreneur. Here is a list of films and documentaries with a very big dose of inspiration to have right away on your hand:

This documentary tells the life story of Bill Gates as he seeks solutions to some of the world's most complex problems. It’s divided into three parts, each chapter lasting approximately 50 minutes. The premise of the series explores the mind and motivations of Bill Gates, former CEO of Microsoft and founder of the Bill & Melinda Gates Foundation.

Upstarts is an Indian comedy film. It is about three young graduates who create a startup in the hope of doing good and making millions. However, as business begins to flourish, their own bond begins to get complicated.

This four-part documentary miniseries deals with various aspects of the life of the magnate and businessman, with numerous testimonies from people who have known him and quite a bit of archival material.

This film tells the story of the famous Walt Disney, before his iconic character, Mickey Mouse, emerged. The film shows how Disney had to face serious difficulties to achieve his dream in the animation world.

"The Social Network" explores the moment at which Facebook, the most revolutionary social phenomena of the new century, was invented -- through the warring perspectives of the super-smart young men who each claimed to be there at its inception.

This film shows the great rivalry of two great computer entrepreneurs of the 20th century: Bill Gates and Steve Jobs.

This production was originally made for television in 1999, but is now available on Netflix. In previous years this film has been the inspiration for a whole generation of people who wanted to start their own businesses.

Call of the entrepreneur

It is a documentary that tells the life of a banker, a milk producer, and a refugee from China who aspire to reach the top of their lives.

This film production emphasizes the importance of entrepreneurs in the world and in the development of the economy and civilization.

It is a biographical film from 2016. It tells the story of Ray Kroc, a salesman who turned the innovative fast food restaurant of two brothers, McDonald's, into the largest restaurant business in the world, with a combination of ambition, persistence and cruelty.

Startup.com is the definitive documentary about technological entrepreneurs, in the heat of the first dot-com bubble.

The film tells the story of the birth and fall of govWorks.com (first known as Public Data Systems), a company founded by 8 partners in 1998 and which disappeared with the crash of 2000, focusing especially on the adventures of Kaleil Isaza Turman and Tom Herman, partners and friends.

The Wolf of Wall Street is an American biographical crime film. It is based on the true story of Jordan Belfort, from his rise to a wealthy stockbroker who lives life to his fall involving crime, corruption and the federal government.

An American biographical film, based on the life of Steve Jobs. It is about his story of ascension, from college dropout to one of the most revered creative entrepreneurs of the 20th century.

What movie or series would you recommend to inspire us?