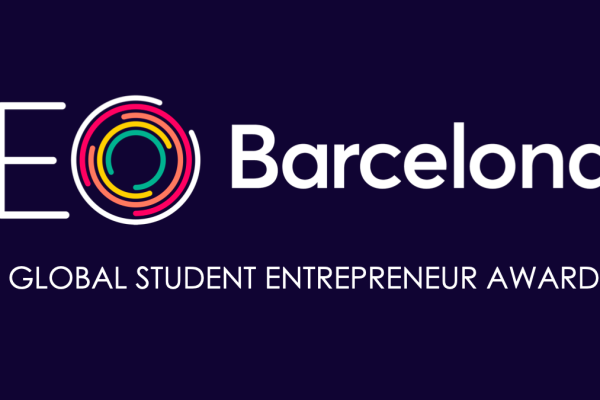 On Februaty 16, the EO Global Student Entrepreneurs Awards (GSEA) competition was held in Barcelona, where students from different universities in Spain participated with their personal projects.

GSEA is the world's leading competition for students who own and manage a business while attending university. Nominees compete against their peers from around the world in a series of local and/or national competitions in the hope of qualifying for the finals.

In this meeting, which took place virtually, the jurors - Erik Brieva, Sergi Vila Costa, Arno Vis and Luis Mestre - listened to the students' pitch, asked questions and then a private session ensued where the semi-finalists were chosen.

The projects that participated:

Bootland is a company that through technology innovates in Marketing and Digitalization making them affordable for those who need it most, small businesses.

Gloop aims to replace single-use plastic by providing vegan and biodegradable straws. They are made mainly of flour, oil and flavor. With this product they seek to avoid the generation of large amounts of plastic and adapt to compliance with the new law banning single-use plastic that will come into force in 2021.

Futoore is an intelligent guidance app that adapts to the mobility needs of each type of user (wheelchair, tourists, visually impaired, elderly, etc.) and provides text, audio, and image directions for the user to reach their destination within an enclosed space or in an open environment.

Foodinn is an app for diners to order and pay from their cell phones at restaurants, without the need to register or download anything. Users can send their own orders to the kitchen. In addition, they will be able to split the bill and pay their own share.

Dédalo is a project designed for teams working remotely. It seeks to bring them closer together, improve communication between them, cohesion among the team and humanize the new way of relating through digital platforms.

The winning students will participate next February 25 in the national final in Madrid.

At this stage, both the participants and the semifinalists have won 3 months of coworking at Bcombinator and the winners have won mentoring sessions with Erik Brieva.